Executive Committee
​
HBA Board President
​Chad Durham, David Weekley Homes
Chad is the Austin Division President for David Weekley Homes. During his tenure, he has held several positions, including Senior Builder, Purchasing Consultant, Community Manager, Project Manager, in addition to Division President. He oversaw the Mueller master-planned community and led the launch and development of the company’s Central Living product in Austin. In his current role, Chad oversaw and led the successful launch of the company’s first self-developed, high-density community, as well as the relaunch of the Imagination brand in Austin. Chad has been an HBA Member for over 16 years and served in many leadership roles including Volume Builder Chair in 2018 and Membership Chair in 2019. Additionally, he has twice received the HBA’s prestigious President’s Award. On a personal note, Chad is a TCU alum and was the 25th draft pick for the Houston Astros in 2001. He played for the organization from 2001-03.

Immediate Past HBA Board President
Joe Fowler, JHF Homes LLC
Joseph Fowler is the Principal Member of JHF Homes along with his wife Ashley.  He has been building homes for 27 years. Having won numerous awards and accolades over the past 27 years, he has become a seasoned builder in the community.  As a company owner and a custom homebuilder for the last 21 years, he has also achieved and maintained a Real Estate Brokers license in the State of Texas.  On a national scale, Joseph is a Graduate Master Builder and a Certified Graduate Builder with the National Association of Home Builders.  Joseph is a founding partner in CB USA Austin, an industry leader in materials purchasing.  He has served on the Board of the Home Builders Association of Greater Austin for the last three years as Alternate Director, Director, President Elect, and now the President. Likewise, Joseph sits on the Board of Directors for the Texas Association of Builders, as well as a delegate to the National Association of Home Builders. He is a graduate of Texas Christian University and a father of two.

President Elect/Infill Builders Council Chair
Scott Turner, Riverside Homes
For over twenty years, Scott Turner, owner of Riverside Homes, has been buying, selling and building homes in Central Austin. He began building custom homes in great urban neighborhoods like Bouldin and Zilker in 2001, and since then, his homes have been featured on HGTV & the Today Show. Scott continues to build on his knowledge of residential construction and development in Austin with projects ranging from individual custom homes to multi-unit urban infill developments. Also a licensed Realtor, Scott founded Turner Residential in 2003. 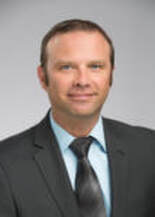 Board Vice President of Finance
Clare Branson, American Bank, NA
Clare is a Construction Lender at American Bank., N.A., providing financing to builders and homeowners in the Austin area for the construction of new homes, the remodel of an existing home or even to develop and build an entire community. She began her career in banking in Austin in 1983 and is now in her eighth year at American Bank, a family-owned community bank based in the Coastal Bend. Real Estate is a big part of her focus, supporting the HBA as a professional service association that can provide resources and support to builders and their trades. This is Clare’s second year as VP of Finance. 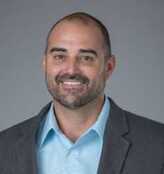 Board Vice President of Membership
Kevin Callender, Schlage Lock Company
Kevin is the Business Development Manager for Schlage Door Lock Company in Austin and San Antonio. He has a total of nine years working with Schlage and also has extensive experience providing appliances to local builders. He has been an active member of the HBA for over three years serving for one year on the Events Committee and three on the Membership Committee. He is passionate about the community the HBA provides as well as its ability to cultivate the ongoing success of the building industry when we all work together. He will be serving as the Membership Chair in 2021.

Board Vice President of Special Projects
​Lindsay Motley, Ashton Woods Homes
Lindsay is the Division President of Ashton Woods Homes.  Lindsay has spent her entire career in the homebuilding industry, serving in multiple leadership roles throughout her nearly two-decade tenure. In additional to serving on the Executive Board Member, she is a member of the Professional Women in Building Council and supports community causes as a volunteer for HomeAid of Greater Austin, the Central Texas Food Bank, and Austin Angels.

Together, making a difference.